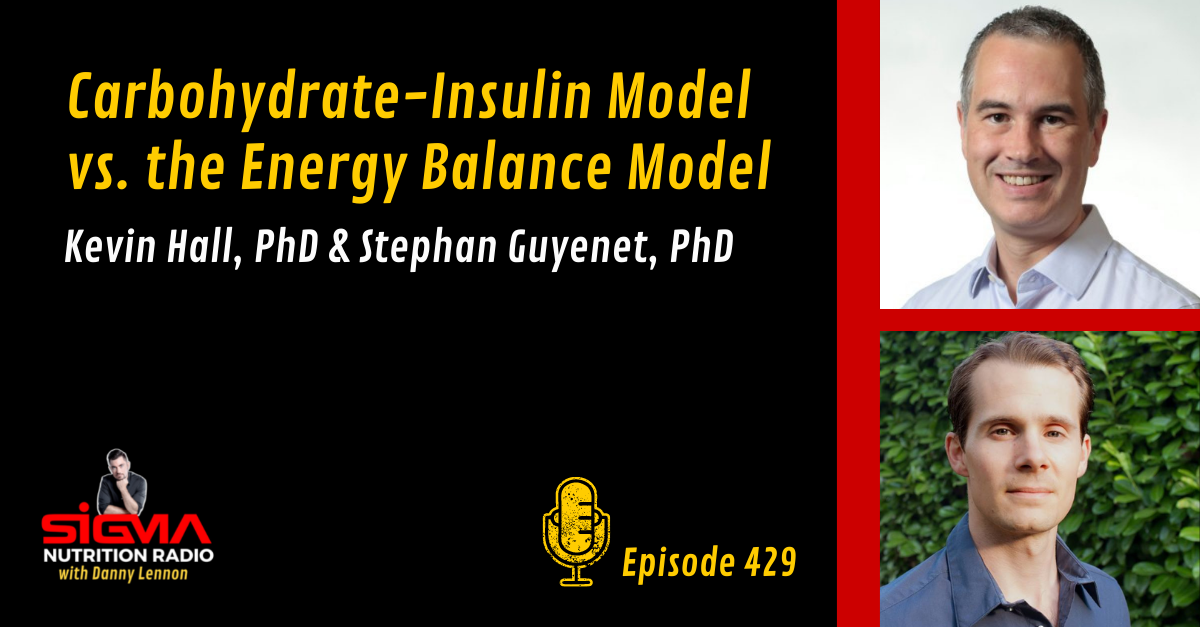 The pathogenesis of obesity is clearly complex. And the need to have a comprehensive model to explain this pathogenesis is important.

One such model, termed the Energy Balance Model, has largely been the consensus paradigm of obesity scientists to this point. Specifically, a recently published paper in the American Journal of Clinical Nutrition by Dr. Kevin Hall and his colleagues outlined the various nuances of the model, as well as common misconceptions about the model.

However, there are others who propose that this is not the correct model of obesity, but rather that obesity pathogenesis can be better explained by a model called the Carbohydrate-Insulin Model (CIM) of obesity.

While this model has been proposed in various forms over the past couple of decades, the most recently published revision/update of this model was that put forward by Dr. David Ludwig and colleagues, in a Perspective published, also in the AJCN, in December of 2021.

In this episode, Dr. Kevin Hall (lead author of the paper mentioned above) and Dr. Stephan Guyenet are on the podcast to discuss the debate surrounding these two models. Specifically, the discussion will focus in on the Hall et al. (2022) and Ludwig et al. (2021) papers, as well as previous work leading up to both.

Kevin Hall is a research scientist at the NIH. Specifically, he is Senior Chief of the Integrative Physiology Section of the Laboratory of Biological Modeling at the National Institute of Diabetes and Digestive and Kidney Diseases (NIDDK).

His laboratory investigates how metabolism and the brain adapt in response to a variety of interventions to diet and physical activity. They carry out studies to better understand the complex mechanisms regulating macronutrient metabolism, body composition, and energy expenditure.

Disclaimer: By participating in this podcast, the U.S. Government, represented by the National Institutes of Health does not directly or indirectly endorse any product or service provided, or to be provided, by the Sigma Nutrition.

Stephan Guyenet spent 12 years in academia studying neurodegenerative disease and obesity neuroscience. He was a postdoctoral fellow at the Univeristy of Washington, studying the neuroscience of obesity and eating behavior. Previous to that he completed a PhD in neuroscience.

Stephan is the author of the popular and well-received book ‘The Hungry Brain‘, which lays out the science behind the brain’s role in obesity.