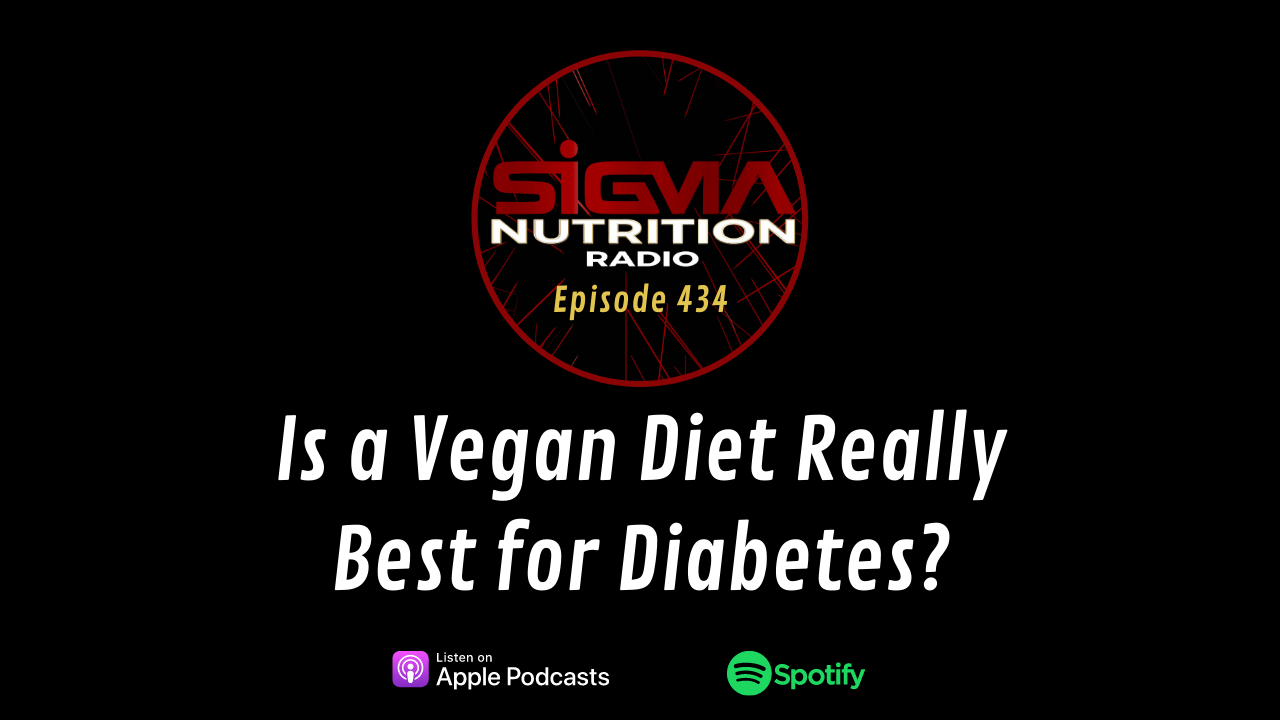 Many different diets have been put forward as solutions that treat type 2 diabetes. Some will claim the diet “reverses” diabetes, some say it puts it into “remission”, while others more conservatively recommend a diet to manage diabetes symptoms in a healthy way.

There has been some debate on the use of terms like reversal, cure or resolution. And recently more clarity has been found in defining each.

One of the diets that has been recommended by some for the purposes of “reversing” or treating diabetes is a low-fat, whole food plant-based (WFPB) diet. Specifically, there is a claim that it is superior to other diets in treating diabetes. Some of these claims relate to popular online diet & lifestyle programs that use such a diet. While there is also a number of studies that are commonly cited in support of the claims.

In this episode, we evaluate these claims by looking at the published research in this area, across epidemiology, human intervention trials and mechanistic rationale. We also ponder what it means for something to be the “best” diet to treat a chronic disease.