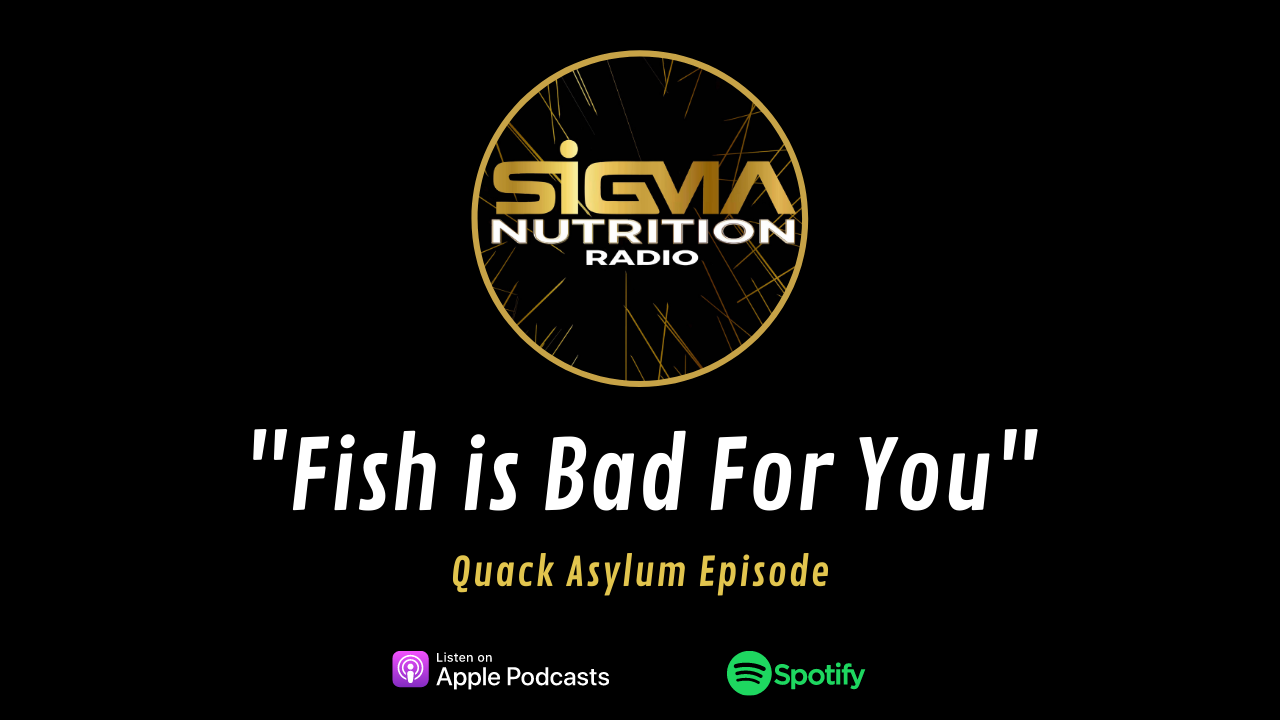 While dietary guidelines universally include fish as a food group that can be consumed regularly in a healthy dietary pattern, there are some potential risks of fish consumption that get raised. Some have some legitimacy, for example the frequency of consumption of high-mercury fish. However, other claims can go to extremes (“eating fish is bad for you”) that are based in ideology rather than evidence.

In this Quack Asylum episode, we use a video made by a medical doctor as an example of where quackery can raise its head on this topic. Specifically, there are four claims made in the video that we investigate and see if there is any basis to them.

The video clip that is used as an example of some of the claims made about the harms of eating fish, is this Instagram post by a medical doctor, Dr. Brooke Goldner.

The reason this post was chosen, is because it highlights four specific claims one may hear in relation to fish consumption: