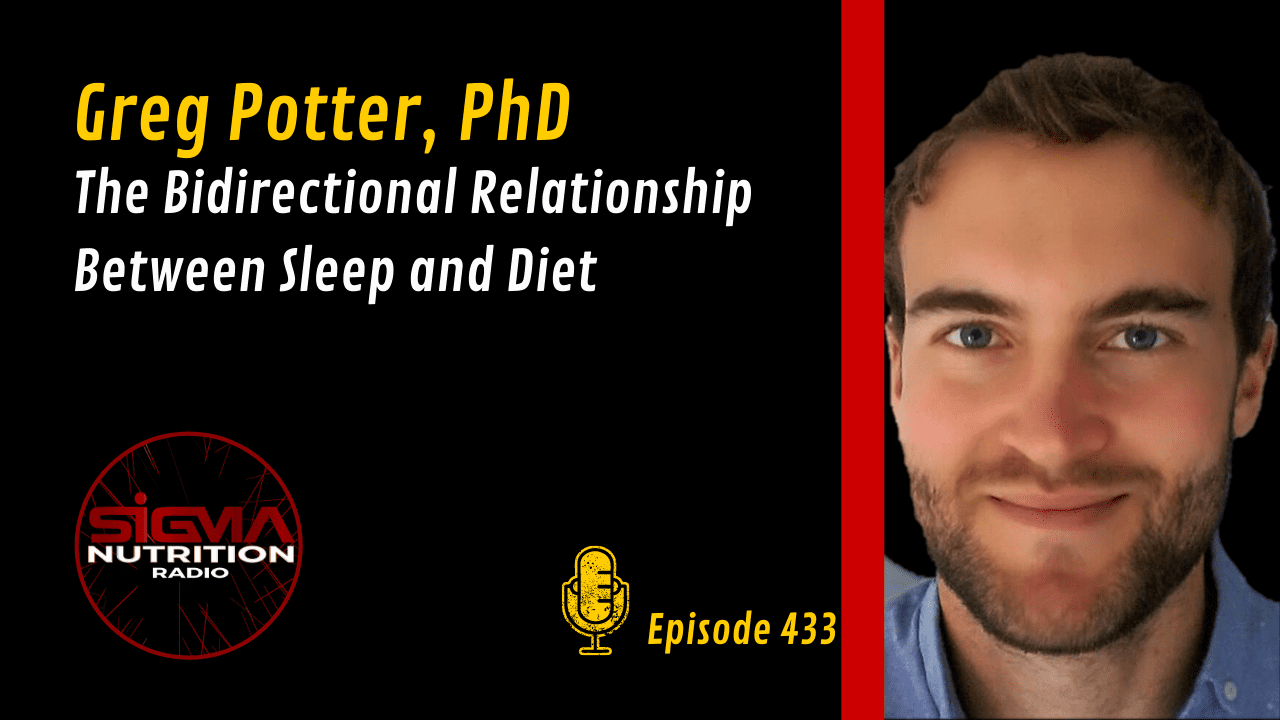 The relationship between our diet and sleep is bi-directional; i.e. sleep impacts diet and diet impacts sleep. Therefore, we can examine the impact of sleep timing, duration and other dimensions on our dietary intake. And then also examine the impat of both overall diet and specific nutrients on improving/worsening sleep.

When it comes to the ability of certain foods or nutrients to improve sleep, often many claims are based on weak evidence or mechanistic reasoning. But there is evidence showing some impacts of certain compounds to either positively or negatively impact sleep.

So what is the accurate way to look at this bi-directional relationship? In this episode, Greg Potter, PhD discusses the evidence to date. Dr. Potter received his PhD from the University of Leeds, where his research focused on circadian rhythms, sleep, nutrition, and metabolism.

Greg Potter, PhD completing his doctoral work at the University of Leeds, where his research focused on circadian rhythms, sleep, nutrition, and metabolism. He has consulted with a variety of athletes, organizations and member of the general population on how to improve their health and performance. He is the co-founder of Resilient Nutrition and has in the past created content for HumanOS.