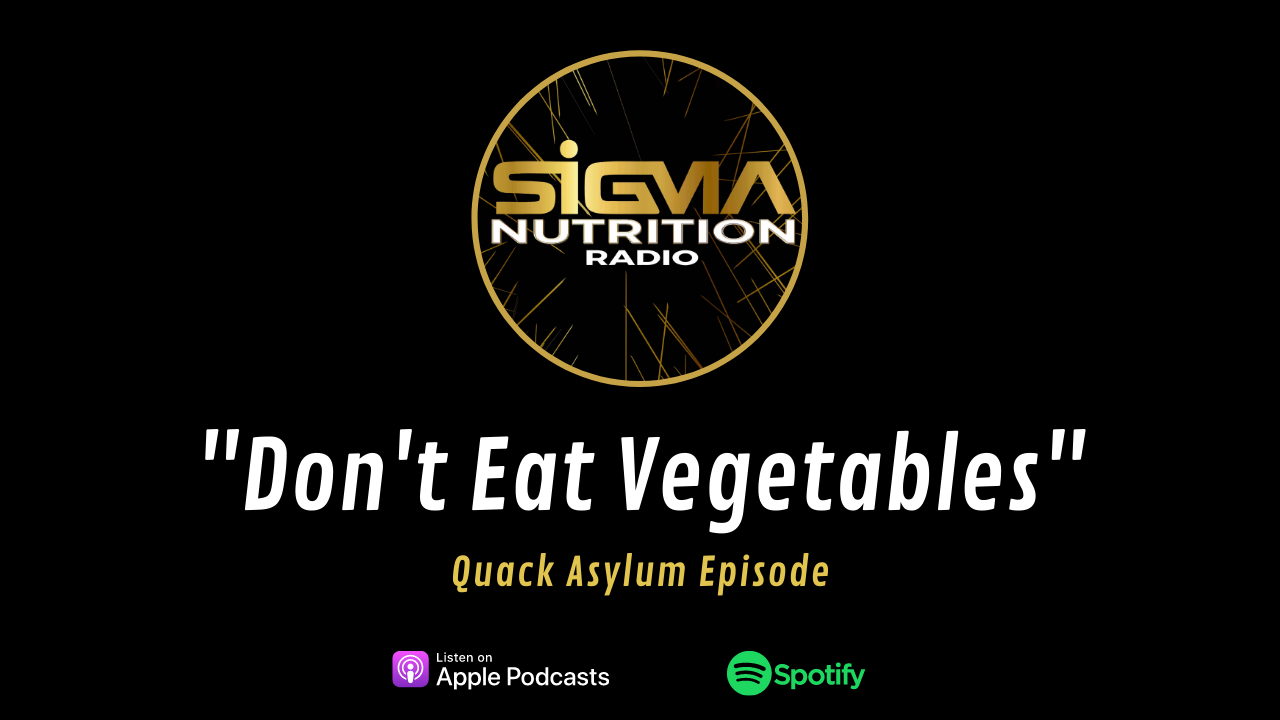 In this episode Alan and Danny aim to address the idea that you shouldn’t eat vegetables, or that they aren’t beneficial. We will specifically look at a number of claims that relate to:

Two related ideas have been circulated in some nutrition/health communities on the internet:

Such advice is usually defended through some combination of the following claims, which we examine in this episode: