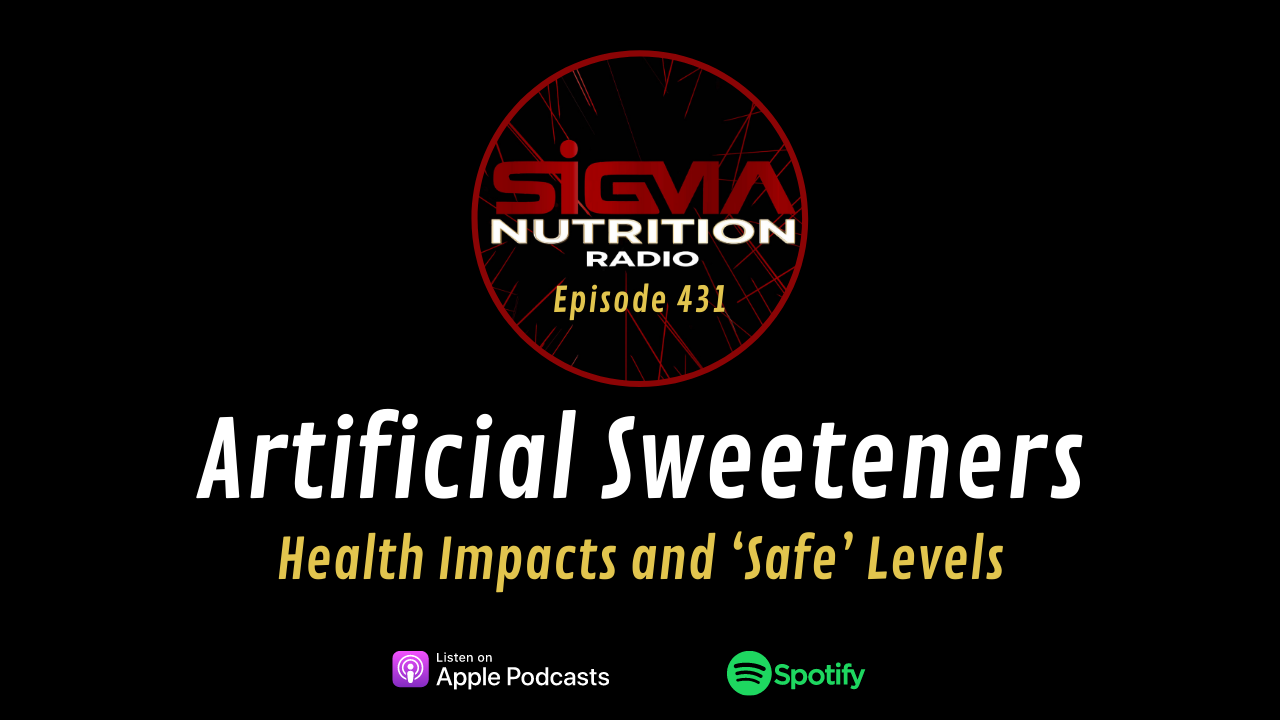 There is now widespread use of various “artificial sweeteners” in foods and beverages. Most commonly non-nutritive sweeteners are used to sweeten a products, whilst having less sugar and calories than a traditionally sugar-sweetened version of that product. For example, diet drinks (e.g. diet soda) are most commonly associated with artificial sweeteners. However, they are also in a wide variety of food products and supplements.

For a long-time there has been skepticism and alarm raised about their potential health effects. From claims of them increasing our food intake, all the way to causing cancer. And food safety authorities have conducted rigorous examinations of the safety data on each of these compounds.

In this episode, the Sigma team discuss the initial research that raised alarm bells, the current process of safety evaluation for non-nutritive sweeteners, the amounts they are consumed in, and the studies published thus far examining their health impacts.