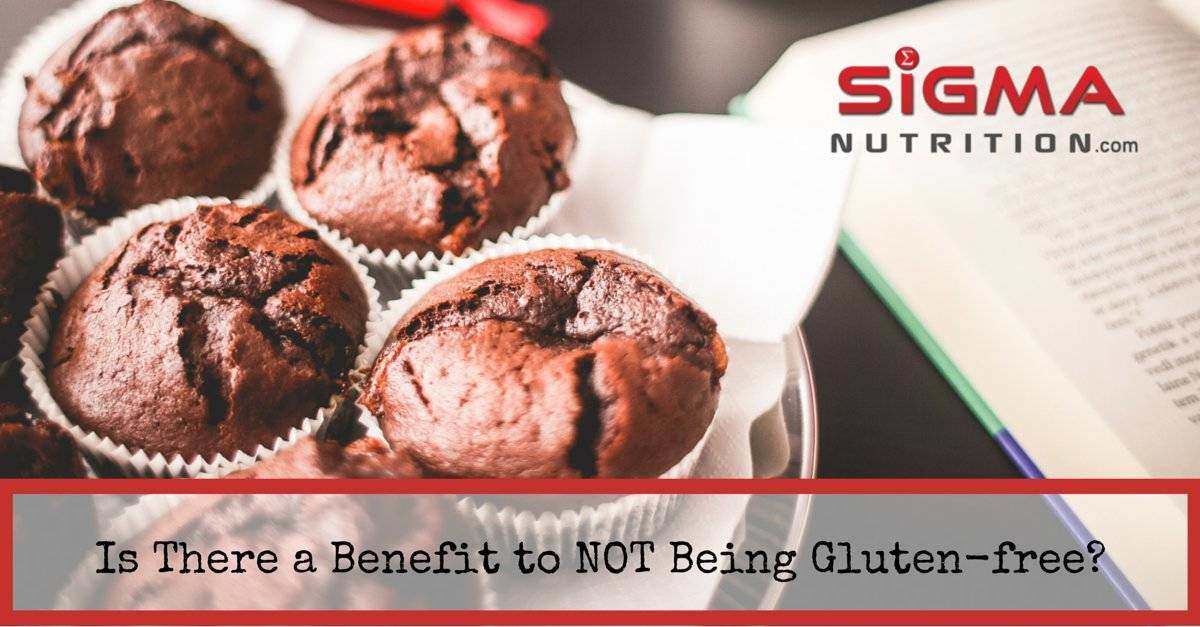 With this post I’m going to finish up talking about gluten for a while (“about time!” I hear you say).

In the previous three posts, I’ve pretty much laid out all I think needs to be said on the topic for the moment. But there’s one point remaining that I’d like to give my thoughts on.

Some readers have made a point something along the lines of:

Essentially, they’re talking about a cost-benefit analysis. A trade-off. A risk vs. reward situation.

And this is a legitimate point.

But is this true?

Is there really “no downside of NOT consuming” gluten-containing grains? 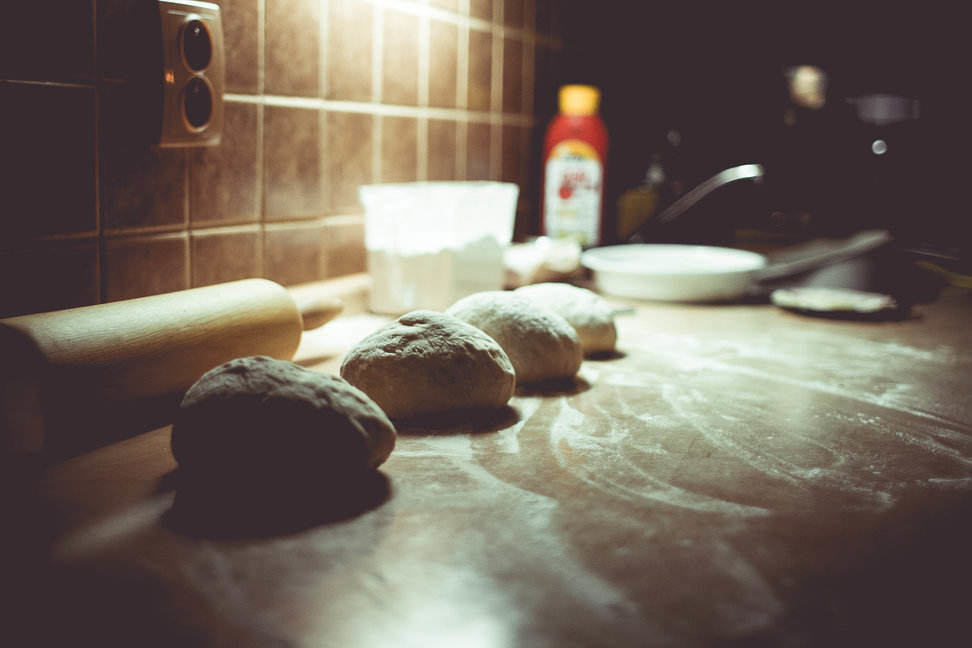 Is There Any Risk in Removing Gluten?

First, let’s start by looking at things from the opposite end; if going on a gluten-free diet could cause someone any serious problems. Is there any risk involved?

There are a few typical issues that are sometimes hypothesized:

It has been claimed in some quarters that embarking on a gluten-free diet can lead to micronutrient deficiencies. One of the primary reasons given for such a statement is that removing breads and cereals can dramatically lower intake of B-vitamins, as most of these products are now fortified.

But really this just comes back to a point I made in a previous post. There are two drastically different ways someone can ‘go gluten-free’:

So if someone eating a diet with lots of processed grains or refined flour poducts,  just substitutes in gluten-free versions of them , then yes they can in fact be doing more harm (or at the very least, still eating  a crappy diet).

For example, gluten-free cereal products have a lower magnesium content as compared with gluten-containing counterparts. And magnesium is already an important micronutrient that many folks are deficient in.

Of course there is plenty of research linking coeliac disease patients with nutrient inadequacies. But this is likely down to their impaired absorption ability due to the severely damaged intestinal tissue.

Indeed, Shepherd & Gibson in their 2013 paper in the Journal of Human Nutrition and Dietetics assessed the nutritional inadequacies of a gluten-free diet and found that:

“Inadequate intake did not relate to nutrient density of the GFD…

… The frequency of inadequacies was similar pre- and post-diagnosis, except for thiamin and vitamin A, where inadequacies were more common after GFD implementation.”

In addition, Coeliac UK state that “There is no evidence to suggest that nutritional deficiencies are a significant problem in individuals diagnosed with coeliac disease that are established on a gluten-free diet.”

So again, a properly constructed gluten-free diet shouldn’t induce nutrient deficiencies. And in the case of coeliac patients, nutrient status (e.g. folate) should improve as the trigger for malabsorption has now been removed.

Keeping the overall nutrient density of your diet in mind is important. 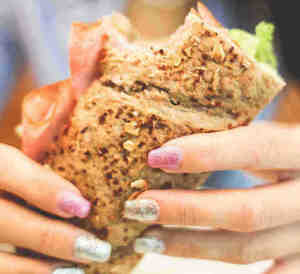 The previously mentioned Shepherd & Gibson paper found that fibre intake was inadequate for all those they assessed, except for men who were experienced in implementing a gluten-free diet (i.e. they were adherent to a GFD for more than 2 years).

As wholegrain wheat is a major contributor to fibre intake on a population-wide scale, complete removal of it from the diet could potentially lead to a big drop in fibre intake.

This is clearly dependant on what the removed gluten-containing grains are replaced with.

And while intakes of those on a gluten-free diet can often be one below dietary fibre recommendations, it seems that this is in line with groups on a diet containing gluten. In other words, most of the population right now has an inadequate fibre intake and gluten-free sub-populations are no different.

The take-away point here is simply this: Fibre intake is important, so whether you are gluten-free or not pay attention to including a sufficient amount. Eat your vegetables!

[I did a short podcast on prebiotic fibre in which I talked about fibre targets: Episode 52 – Fibre]

Yes, if someone just decides to give up gluten-containing foods their carbohydrate intake will probably drop.

This is simply down to the fact that many high-carbohydrate products people consume (and over-consume!) contain gluten.

If you take breakfast cereal, bread, wraps, pasta and all the highly-refined junk pastries, then it’s likely that carb intake will drop. Calorie intake usually drops too, as I pointed to in the previous post on why many people feel better after going GF.

But even the smallest bit of attention would prevent intake going “too low” (and that’s an individual-relative term).

So a gluten-free diet needn’t be super low-carb,  just use potatoes, rice, oats and other gluten-free high-carbohydrate sources to ensure an appropriate carb intake for YOUR situation.

Kevin Cann recently made the point “There is no risk to removing it from your diet. However, there may be a large reward from doing so. Just to be on the safer side of things why not remove it from your diet?”

So no risk of removing it but based on the estimates of 6% prevalence rate of non-coeliac gluten sensitivity, still a notable chance of there being a risk to including it. Potentially even in the absence of symptoms. Even in coeliac patients, the time it takes for symptoms to present themselves on inclusion of gluten in the diet is highly variable.

So a no-brainer it seems… Eliminate it. Right?

Is There a Benefit to NOT Being Gluten-free?

This is where things get really interesting. There’s two viewpoints we can look at this from:

From the physiological perspective, there is certainly no need for gluten. It’s not exactly a highly quality protein.

But one hypothetical thought I’ve often had, is the potential for gluten to act as a hormetic stressor.

In the fields of biology and medicine hormesis is defined as an adaptive response of cells and organisms to a moderate (usually intermittent) stress.

Essentially, it refers to a favourable biological response to low exposure to a toxin/stressor. The same toxin has the opposite effect in large doses.

The classic example is exercise. None is bad for you. An intermittent burst of it followed by a recovery period is beneficial. But chronic exposure to constant exercise without backing off is bad. 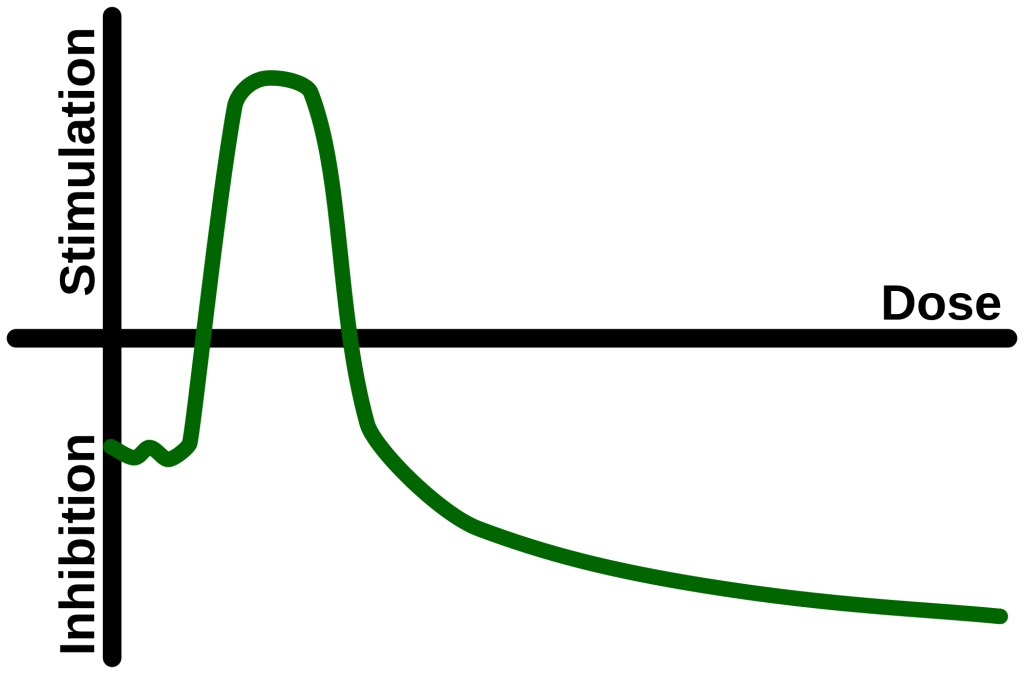 In terms of “toxins” in food that we can experience a hormetic response to, they are abundant in plant foods. We have glycoalkaloids in potatoes, oxalic acid in spinach, polyphenols in chocolate, and even an absence of food in the case of intermittent fasting could be thought of as a hormetic stress.

“From an evolutionary perspective, the noxious properties of such phytochemicals play an important role in dissuading insects and other pests from eating the plants. However at the relatively small doses ingested by humans that consume the plants, the phytochemicals are not toxic and instead induce mild cellular stress responses.” – Neuromolecular Med. 2008; 10(4): 236–246

So when we talk about gluten, could it be conceivable that hormesis could be at play?

I talked about the potential dose-response for gluten in this previous post and the point still stands; we’re just not sure.

But if there was any potential physiological benefit to consuming the gluten proteins that I could hypothesize, hormesis is pretty much the only one that comes to mind.

The psychological nature of a diet.

Which is a Bigger Stressor: Gluten Consumption or Gluten Avoidance? 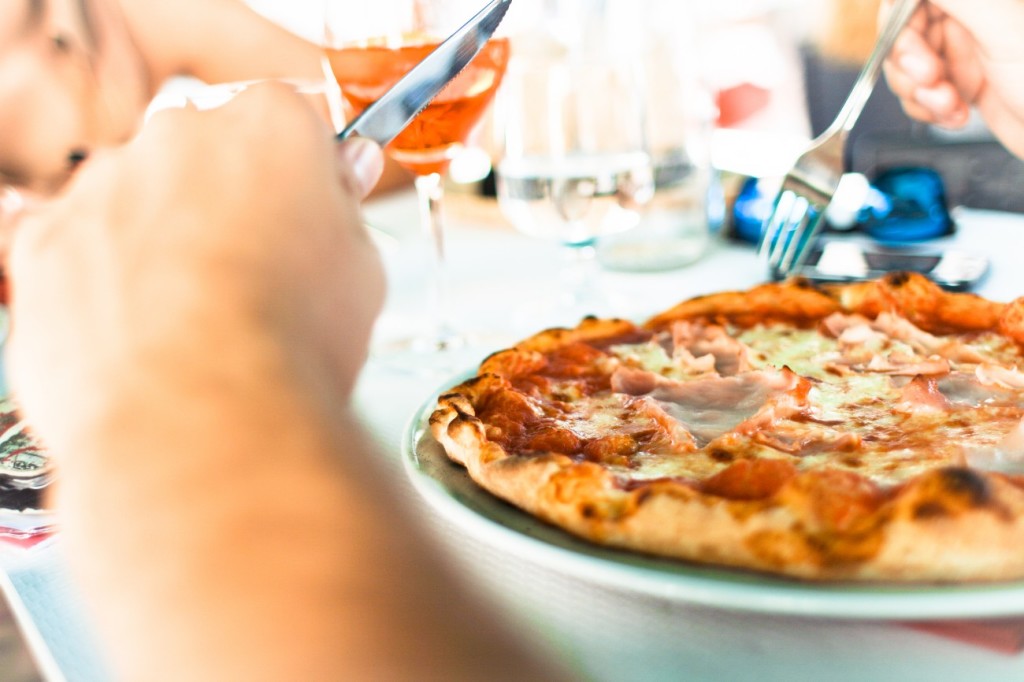 Never being able to eat all the delicious treats that contain gluten is an absolute pain.

You can’t share pizza with friends as you watch the big game. You can’t try a slice of cake at a party. And you can’t have a few beers to celebrate a special occasion.

And it’s still a pain if you have coeliac disease. It’s just that the benefit of not having them vastly outweighs any upside of their consumption.

But considering that most people won’t have a major issue with gluten, does advising a gluten-free diet for all lead to causing more stress than it’s potentially avoiding?

Really it just comes down to the restrictive nature of a certain dietary protocol. Is it making things unnecessarily over-restrictive and thus likely reducing adherence in the long-term?

I’ve already written about the problems that restrictive dieting can lead to before so I won’t regurgitate it here. If you want to go into it more, refer to these posts:

If we’re purely talking about consuming grains for benefit, then there is possibly a case to be made that wheat has the highest potential downside. So whilst you probably don’t need to go through the lengths required to ensure your diet is gluten-free, if you do notice gastrointestinal problems then trialling a reduction in wheat consumption might not be the worst idea in the world.

In a recent piece for Precision Nutrition, past podcast guest Brian St. Pierre made the point:

“While whole-grain wheat is likely still mildly beneficial for most (sprouted wheat might be even better), this appears to be the grain with the most problems and fewest advantages. If you’re having GI issues, it’s reasonable to see if avoiding wheat helps. Here again, talk to your doctor.”

I tend to agree with Brian. (You can find his podcast episode here: Carb Intakes for Health & Performance)

So perhaps you don’t have to be neurotic about being gluten-free but you do better on less wheat in the diet.

Personally I find I fall into that category. I no longer freak out about gluten but if I look at my usual diet on a typical day, there isn’t really wheat present. It doesn’t bother me and I enjoy the foods I choose to eat.

So you just have to work out what works best for you. I just hope that these series of posts have been helpful in highlighting some things to consider as you make your choices. (And if so please share this post with someone who might also benefit).

Here are the previous three posts:

If you prefer to listen rather than read, I pretty much covered everything that’s been addressed in this series when I recently appeared on Elite Muscle Radio, hosted by Phil Graham. You can listen here:

Danny Lennon (or Sigma Nutrition) is not a medical doctor or registered dietitian. The contents of this post should not be taken as medical advice. It is not intended to diagnose, treat, cure, or prevent any health problem – nor is it intended to replace the advice of a doctor. Always consult your medical doctor or qualified health professional on any matters regarding your health