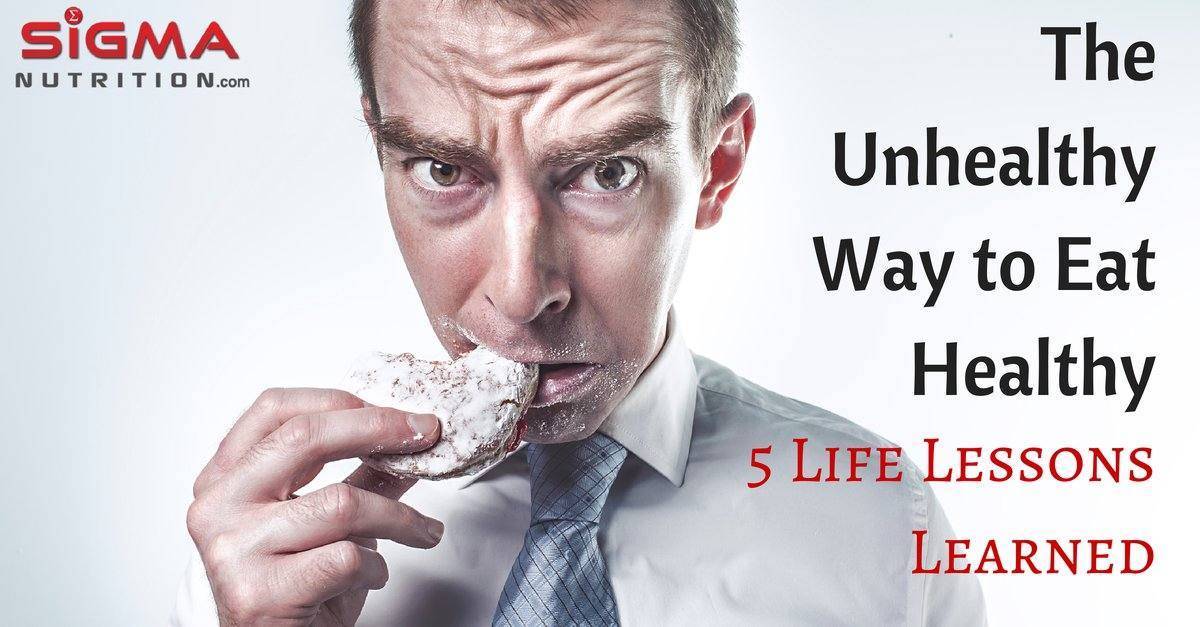 For quite some time I was the most unhealthy “healthy eater” there is.

On paper, I had constructed a set of rules that made my nutrition flawless. And while some made a tremendous positive difference, the problem was that the list was never finished. More reading and researching led to more potential problems I could counteract by creating a new rule.

It started as a healthy principle of generally eating plenty of whole foods: meat, fish, eggs, vegetables, fruit, nuts, as well as some minimally processed dairy like butter. The very starting point I get everyone to consider with their nutrition.

But in pursuing the creation of my own “perfect” diet for optimal health, things started becoming inherently unhealthy.

Anything less than a 100% all-in approach was a failure. I began the process of  eliminating everything that could be problematic to any living person.

What’s the issue with eliminating something that could be problematic you ask?

Well, here’s the thing. When you start with that mindset you soon find that pretty much everything can be a problem.

Despite feeling good, full of energy, no illness and being able to train hard, I still managed to convince myself that there was something more I could be doing.

I eliminated dairy first. Each day I’d engage my willpower to try not to think about having some butter, yogurt, whey protein, etc. Things I LOVED! Think about how crazy that is. It wasn’t like I was trying to hold back from cakes, crisps and fizzy soda drinks.

And for what? So that I could enjoy the delicious earthy taste of unflavoured hemp protein?

Then I “suspected” an egg intolerance. They were gone. Then even gluten-free oats were cut out. The dreaded lectins meant I shunned eating beans and lentils. Fibre content be damned! THEN I crazily started to ask myself did I need to try going on a low FODMAP diet, despite having no symptoms to indicate they’d be an issue.

Talk about paralysis by (unfounded) analysis. “Perhaps I have a histamine intolerance? Yes, that would explain a lot”, I thought.

And on and on it went. Please don’t let that be you.

As was brilliantly illustrated by Marc David in episode 23 of Sigma Nutrition Radio, if you truly want to be healthy then you need a healthy relationship with what you eat. It took me a long time to realise that.

That means being able to enjoy those “not so good” foods that fire off your dopamine receptors. Have some ice cream, some beer, some pizza, or in my case simply some protein and yogurt! But fucking enjoy it. Guilt and shame after “cheating” on a diet are toxic feelings. (As a side note, the term “cheating” is such a bullshit term. Inaccurate, unhelpful and meaningless.)

Eat them but don’t binge. And here’s the kicker: the less often you allow yourself your favourite foods, the more likely and more hellacious the inevitable binge is going to be.

That’s why in the Sigma System, I talk about why I feel a 90/10 split is optimal. 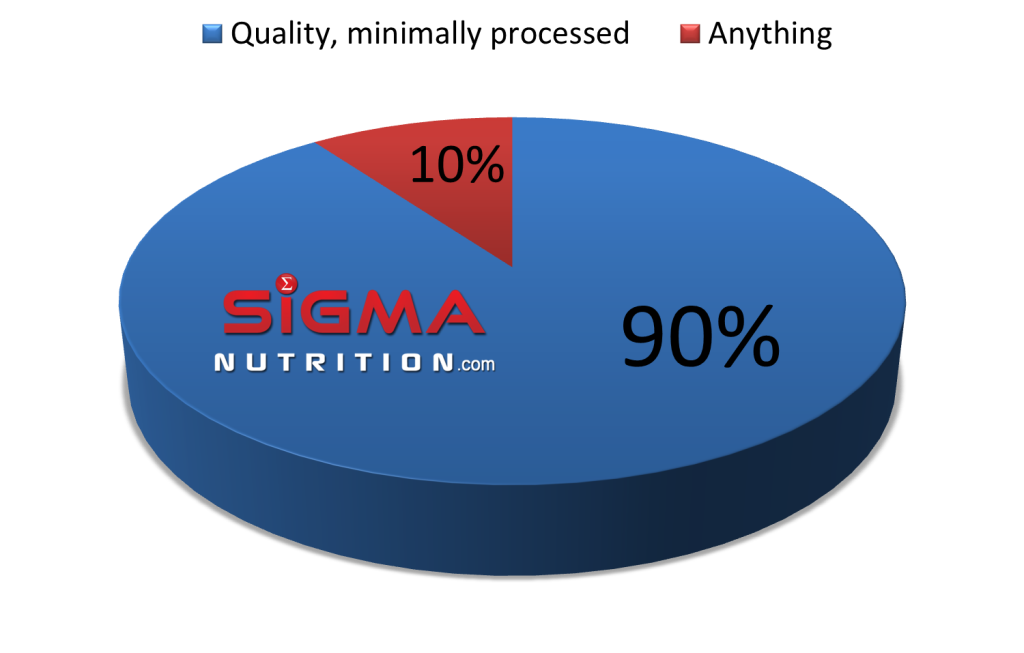 Now at this point I should throw in some caveats. Because otherwise some people are going to go apeshit and claim that my proposed approached is going to harm someone’s health. So lets exercise some common sense shall we…

While the “10% of calories from anything” rule I use is awesome for most people, of course if you have, say Coeliac disease, then don’t be a dick and say that I’m claiming it’s OK to eat gluten-containing foods 10% of the time. I’m not and obviously you need to be 100% gluten-free.

Similarly, if you have an autoimmune disease, then you are going to have to be a bit more restrictive. Certainly initially if you want to get a therapeutic effect from your diet. This is where a being a bit sensible goes a long way.

Another disclaimer: I am NOT having a go at people who “eat clean” all the time. If that’s what you enjoy doing, it works for you and you’re happy, then awesome!

BUT… if you do this because you think you need to, then it may be an issue. If you do this out of fear of putting on fat or from becoming sick, then don’t.

Or perhaps the biggest issue for those of us in the health and fitness industry… you do it out of fear of not feeling worthy. Not being worthy of being a good role model if you don’t eat clean 100% of the time.

That is a fallacy. It is unnecessary and is probably not a healthy behaviour. In fact, it is my belief that it may often make clients feel as though they have messed up or failed when they have a “bad” food, simply because they think “my coach would never touch that stuff”.

Having healthy behaviours, including eating quality nutrient-dense foods, is a great way to be a positive influence and a role model. Making yourself out to be perfect or superior to those who aren’t as strict, is not.

Talk about all my mistakes? Indulge in my past idiotic ways? Bash people who are unnecessarily/excessively restrictive in their diets? Support flexible dieting?

Really it is none of those things. This post is a way for me to tell people about some key life  lessons I’ve learned from my unhealthy healthy eating. I hope these 5 things can help some of you. I sure know that I wish I’d known about them earlier.

#1: Restrictive dieting is an unhealthy behaviour, no matter how nutritious the food you eat is.

#2: Taking time to spend time with people who are important to you is more important than keeping your diet “on track”

#3: Your nutrition decisions need to be motivated by positivity not fear. Eat the way you do because you enjoy it and it’s consequences. Don’t eat a certain way because you are afraid of the consequences of not doing so. Big difference.

#4: If you feel great, don’t go searching for problems. Because that’s exactly what you’ll find.

#5: Your nutrition should not define you but instead be used to enhance you as a person.