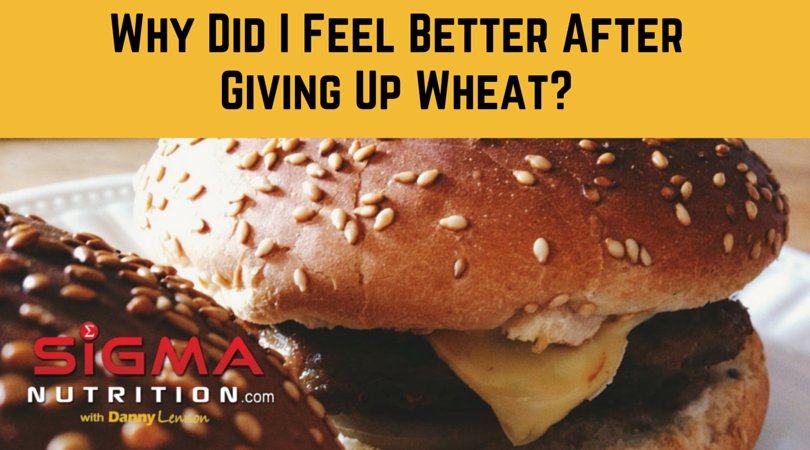 In my previous post, ‘Gluten Revisited: Can I Eat That Sandwich?’, I attempted to give an overview of what we can currently conclude from scientific literature on non-coeliac gluten sensitivity (NCGS).

To briefly re-cap, some important points were:

But that post generated a wave of follow-up questions and notable points. Each of which could fit into one of three overarching questions:

Why Does Ditching Wheat Work For So Many?

Just because you can tolerate gluten, is that reason to make wheat the main staple of your diet?

I mean it sometimes seems that it”s  nearly universal for people who were previously eating a standard Western diet (i.e. crap) to report feeling and looking better after simply ditching wheat from their diet.

I mean science tells us that prevalence of gluten sensitivity is probably 6% of the population or less, yet we have anecdotal evidence of a large majority of people who remove wheat products from their diet reporting that they feel better.

So that would indicate a number of those who report feeling better (or report symptoms  occurring on returning to eating wheat) actually do not have a gluten sensitivity.

We know for example that symptoms upon gluten challenge have low positive predictive value for coeliac diagnosis.

Well, for the moment let’s leave aside those who truly are sensitive to gluten.  I see four potential reasons that could be hypothesized for this experience of symptoms in those without a sensitivity:

This is always going to be a factor whenever self-reporting is the basis of feedback. You tell someone that they’ll fell a benefit of doing something, and sometimes that’s enough to induce a beneficial feeling.

Similarly, we can also create a nocebo effect by believing that when we consume something it’s going to mess us up.

Obviously, this becomes much more likely when the person receiving the advice is relatively uninformed (i.e. a member of the general population) and they have full faith that they are talking with an expert in the area. If the credentials look good and the argument sounds convincing, that may flip the switch.

Please note however that I am NOT saying that anyone who reports symptoms on ingesting wheat is experiencing the nocebo effect or that it’s all in their head.

There are so many people who report a detrimental response to wheat consumption, that to me it makes two things clear. A number of cases HAVE to be down to nocebo but a number of them must also be legitimate.

By the way, this is absolutely hilarious…

In clinical trials that assess the response of coeliacs to a gluten challenge, it is expected that gluten intake at baseline is likely to influence the response.

So whether you’ve been completely gluten-free for a prolonged period or you habitually consume gluten-containing foods will influence how much of a response you notice. While not an accurate comparison, it might be helpful to think of caffeine as an example. Some who never drinks coffee will feel a sharp response on consuming some.

Perhaps then could a “gluten self-experiment” set some of us up for a self-fulfilling prophecy?

You go gluten-free for 60 days, then re-introduce a big dose of wheat on day 61 and suddenly you don’t feel the best. Not exactly gold-standard diagnosis.

So a one-off self-experiment to determine tolerance may not be an accurate test.

Saying that, if you know that EVERY time you eat wheat you don’t feel good then that’s clearly a different issue.

Could the benefits of reducing wheat in someone’s diet be down to the reduction of a component of wheat other than gluten, as hypothesized by Volta et al.: 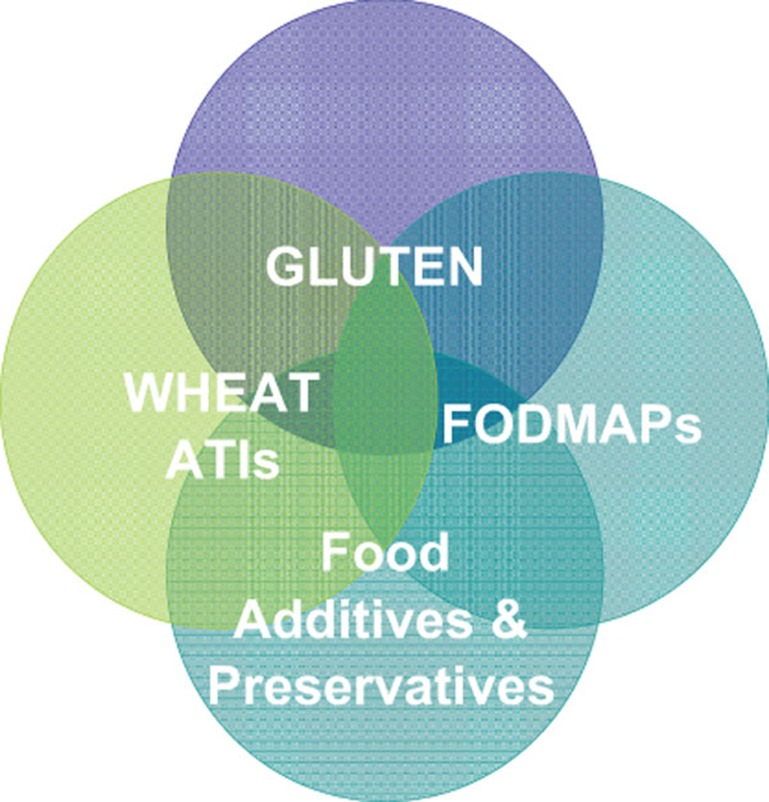 And there has in fact been recent research suggesting that FODMAPs could be to blame.

This is certainly interesting and it at least raises the hypothesis that the reason wheat makes some people feel bad may in fact have nothing to do with gluten.

But it’s worth pointing out that when you remove gluten-containing grains from the diet, while you will probably drop FODMAP intake, it won’t be by all that much if those grains are the only things you remove. So the relief in symptoms that people report can’t just be down to FODMAPs, can it?

I don’t know. We still need a lot of research to work out exactly what’s going on.

[If you want a technical breakdown of the gluten vs. FODMAP thing, I recommend having a read of THIS POST from reader Raphi. It also alludes to some other considerations as to why gluten-containing grains may still be a bad choice for you.]

As a side note, it amuses me how some people lose their shit when it’s proposed gluten MIGHT be an issue but yet they were only too happy to rapidly point to one study suggesting it might be a FODMAP sensitivity, with the insinuation that anyone calling foul on gluten is an idiot.

In 2013 there was also a hypothesis that glyphosate (the active ingredient in the herbicide Roundup®) was the problem. But that has been dismissed numerous times.

So we still need to determine if the symptoms are actually brought on by gluten or whether they are caused by some other component in the wheat  (i.e. is it in fact non-coeliac wheat sensitivity? ).

Only time (and good quality clinical trials) will tell.

But to me, perhaps the most likely reason why many people report feeling better on reduction of wheat intake, is the simultaneous improvement in overall diet composition that subconsciously occurs.

Consider breakfast as an example. 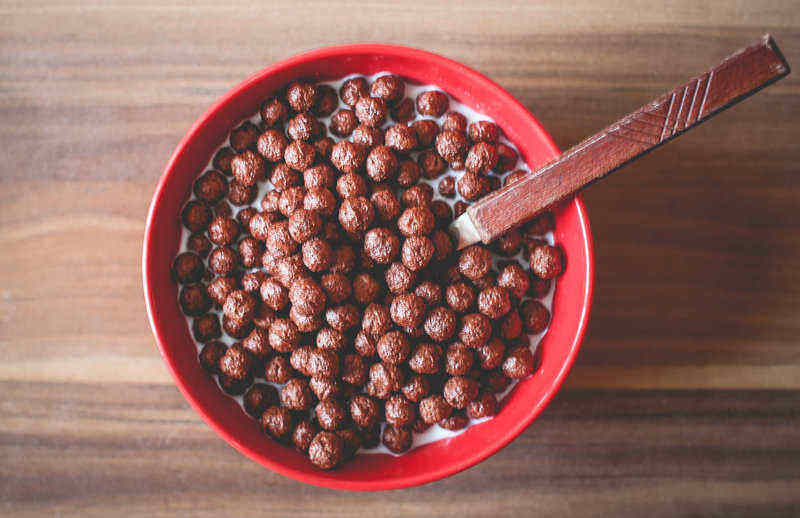 If someone eliminates wheat (or all gluten-containing grains), breakfast no longer looks like toast and jam or a bowl of breakfast cereal or a croissant.

Maybe to be replaced by an omelette or nuts & meat or some salmon & avocado? All are common recommendations for grain-free dieters.

Now, even if gluten/wheat was not a problem for this person, they’re now automatically eating a higher protein, more nutrient-dense breakfast.

And yes, I fully acknowledge that was an unfair comparison as one set of options was highly processed, low protein and the other set were the reverse.

BUT this is typically what happens.

A majority of people who ‘go gluten-free’ are starting from a typical Western diet. Essentially a start point of zero. The only way is up.

And so perhaps this could be why so many people report feeling better after going gluten-free. Maybe it’s nothing to do with the gluten.

But then that raises another question of “so what?”

“So what if it’s not the gluten, the advice to remove wheat acts as a cue to improve overall diet quality!”

And yes I accept that. In much the same way the instruction to someone to “go low-carb” will often lead to an increase in protein intake and a reduction in refined flour and sugar.

If that is the case, then we have to be careful to make that distinction and realize why a certain instruction works.

So for some people, hearing the advice to “give up wheat” can be beneficial: It’s super simple, there not much detail to think about and for someone starting from a typical Western diet they will usually end up eating more protein, less refined flour, less sugar and it removes many of the classic “junk” foods that they are likely to overconsume on (cakes, cookies, pizza, etc.). The net effect is also less calories.

Reducing wheat products from someone’s diet can be beneficial. Many will experience feeling and looking better soon afterwards.

HOWEVER, we have to be fair and realize that this does NOT allow us to conclude it was simply gluten to blame. It could be a gluten sensitivity, sure, but it also could be: