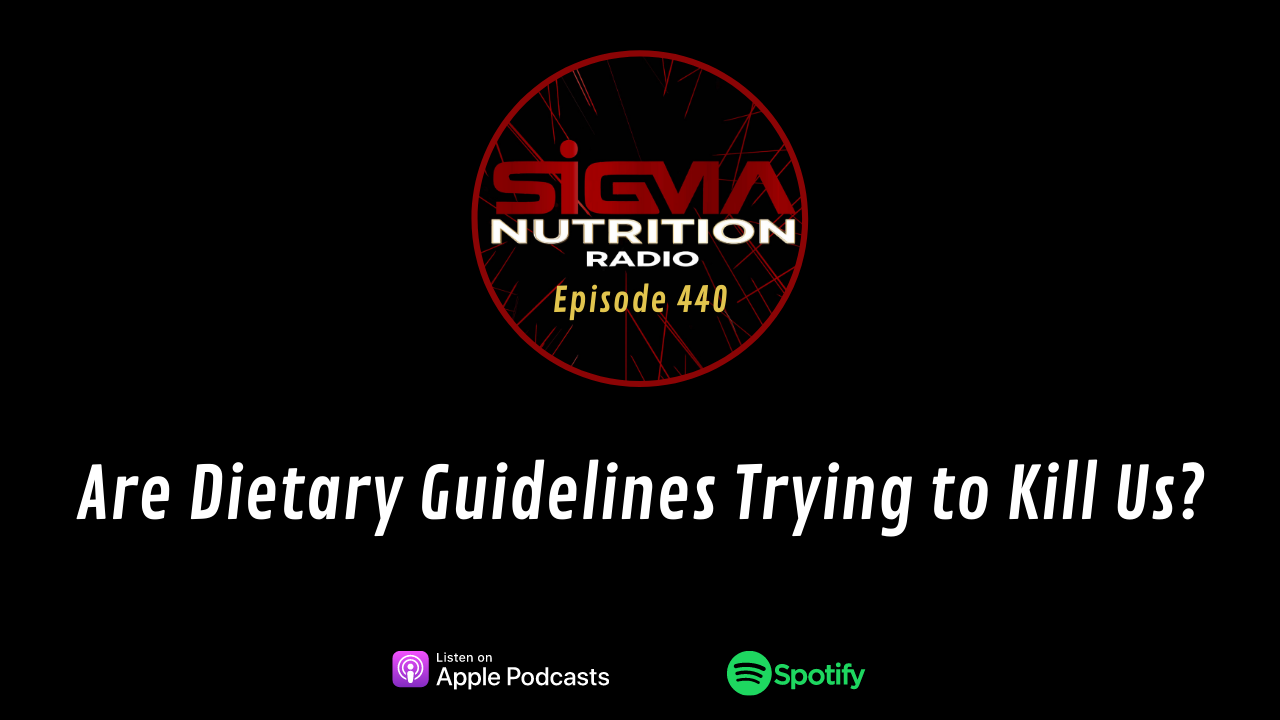 It has become common rhetoric for those promoting various types of diets to suggest that dietary guidelines published by government departments are at best, unhealthy, or at worst, causative in driving obesity and chronic disease in the population.

While different countries and organizations produce their own guidelines, with slight differences, most of the conversation has focused on the Dietary Guidelines for Americans, that are created by the USDA.

Often the claims is that following these guidelines actually harms health, rather than promote it. And the guidelines are simply a result of industry forces, long-standing bias, and shoddy science.

But do these claims hold up to scrutiny? In this episode Alan and Danny look at some of the arguments put foward, and take a look at the science underpinning dietary guidelines in a number of countries.