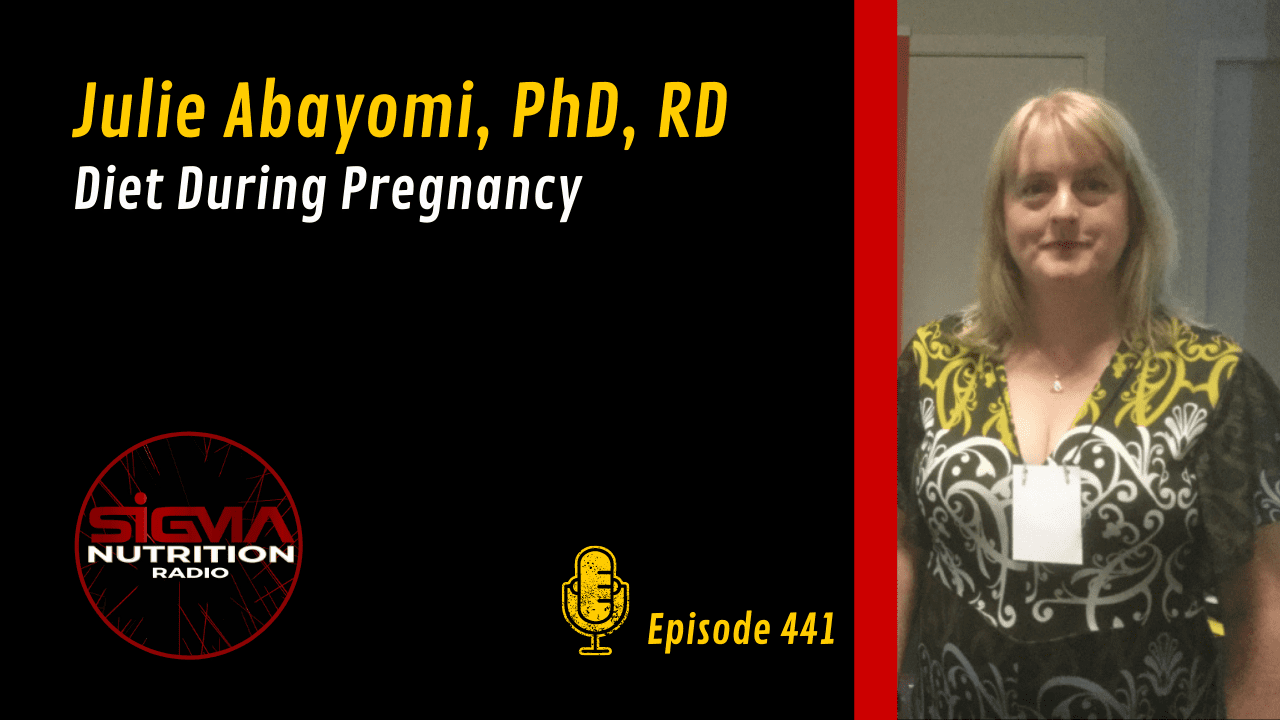 Consuming a healthy diet during pregnancy is an obvious and accepted recommedation. However, what exactly is a “healthy diet” in this context? In addition, there are specific nutrients which are crucial for the healthy development of the child, including nutrients which may be difficult to consume enough of. In addition there are nutrients and foods that need to limited or avoided during this period.

In this episode, researcher and dietitian Dr. Julie Abayomi discusses important nutrients in pregnancy (e.g. iodine, DHA, and folic acid), as well as potentially problematic nutrients/foods (e.g. high-mercury fish and caffeine). In addition, she discusses the current debates about weight gain/loss during pregnancy, as well as what supports are needed for health professionals supporting pregnant women.

Dr Julie Abayomi is a Reader in Dietetics & Associate Head of Applied Health & Social care at Edge Hill University. She is also currently the chair of The British Dietetic Association (BDA) England Board and an active member of the BDA Maternal & Fertility Nutrition Specialists group.

Dr. Abayomi is a registered dietitian, having worked in the NHS for over 20 years, with most of that spent specialising in women’s health and nutrition. In 2010 she was awarded a PhD based on research conducted at Liverpool Women’s hospital.