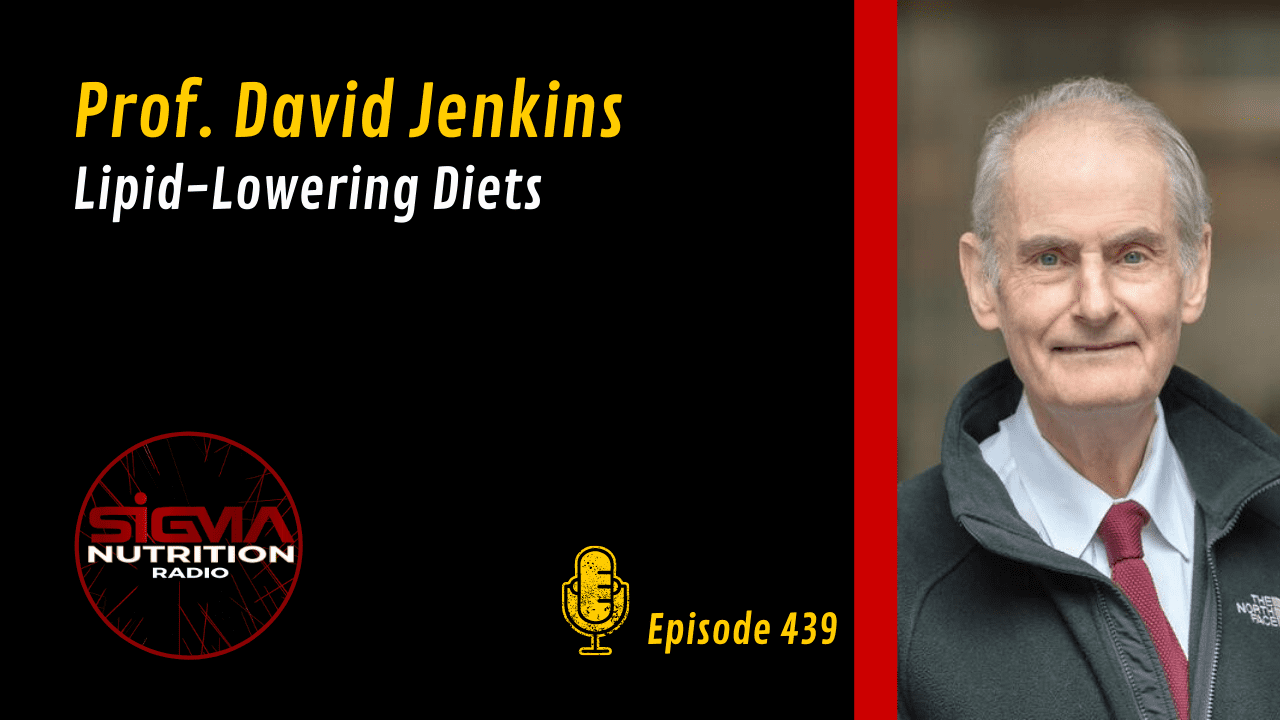 With elevated LDL-cholesterol being a causal risk factor for atherosclerotic heart disease, having interventions to lower blood lipids, and in particular LDL-C, are crucial for population health. A number of drugs are now incredibly effective for this, with statins being the most widely used.

However, for those who do not wish to take a medication and/or have only a mild elevation, there may be potential for dietary intervention to lower LDL-C to a point where a statin (or other drug) is not needed.

However, work by Dr. David Jenkins and collegegues put forward the idea of a “portfolio” of specific nutrients/foods that could additionally lower LDL-C. This became known as the Portfolio Diet. The four primary pillars of this portfolio diet are: soy protein, viscous fibers, nuts, and plant sterols.

In this episode, Danny talks to the originator of this work, Dr. Jenkins.

Dr. Jenkins is currently a professor in both the Departments of Medicine and Nutritional Sciences, at University of Toronto. His research area is the use of diet in the prevention and treatment of hyperlipidemia and diabetes. He has over 300 original publications on these and related topics.

His team was the first to define and explore the concept of the glycemic index of foods and demonstrate the breadth of metabolic effects of viscous soluble fiber, including blood glucose and cholesterol lowering.

His studies on combining cholesterol lowering food components (dietary portfolio) have very consistent in showing meaningful reductions in LDL-cholesterol. This diet is a portfolio of nutrients/foods, built on top of a healthy diet, low in saturated fat. The primary 4 elements are:
Soy protein, viscous fibre, nuts and plant sterols and stanols.

Dr. Jenkins has served on committees in Canada and the United States that have formulated nutritional guidelines for the treatment of diabetes and recommendations for fibre and macronutrient intake for the general population under the new joint United States-Canada DRI system (RDAs) of the National Academy of Sciences (Washington, DC).