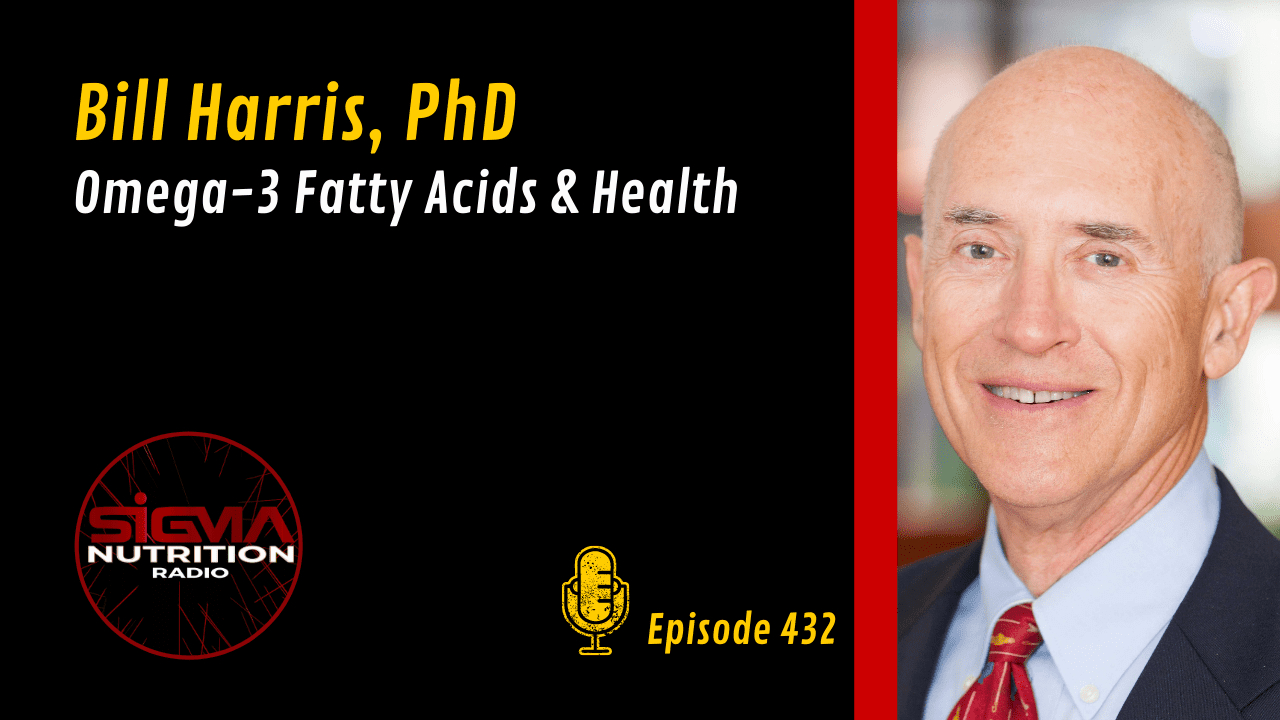 Omega-3 fatty acids have long been associated with various health outcomes. A type of omega-3 called alpha-linolenic acid (ALA) is found in various plant foods such as flax seeds or chia seeds. Other omega-3 fatty acids, eicosapentaenoic acid (EPA) and docosahexaenoic acid (DHA), are found typically in marine food sources such as oily fish (e.g. salmon, mackerel) and algae. And while higher intakes of such foods have shown benefit, there has been some confusion over the benefit of such nutrients due to some large omega-3 supplementation trials reporting null findings.

So what should we make of the current evidence base? Does supplementation lead to heart disease risk reduction or not? Do we need direct sources of EPA and DHA in the diet? Does ALA have unique benefits? What is an omega-3 index and why is it important?

In this episode, fatty acid expert Dr. Bill Harris dives into each of these questions and clarifies what the current evidence tells us about the effect of these fatty acids on our health.

Dr. Harris is an internationally recognized expert on omega-3 fatty acids and how they can benefit patients with heart disease. He obtained his Ph.D. in Human Nutrition from the University of Minnesota and did post-doctoral fellowships in Clinical Nutrition and Lipid Metabolism.

His interest in omega-3 fatty acids began with his postdoctoral work when he published his first study on the effects of salmon oil on serum lipids in humans (1980). Since that time he has been the recipient of five NIH grants for studies on the effects of omega-3 fatty acids (EPA and DHA) on human health. He has more than 300 publications relating to fatty acids, including omega-3s, in medical literature and was an author on two American Heart Association scientific statements on fatty acids: “Fish Consumption, Fish Oil, Omega-3 Fatty Acids and Cardiovascular Disease” (2002), and “Omega-6 Fatty Acids and Risk for Cardiovascular Disease” (2009) both published in the journal Circulation.

Dr. Harris is a Professor in the Department of Medicine in the Sanford School of Medicine at the University of South Dakota and the President and CEO of OmegaQuant.