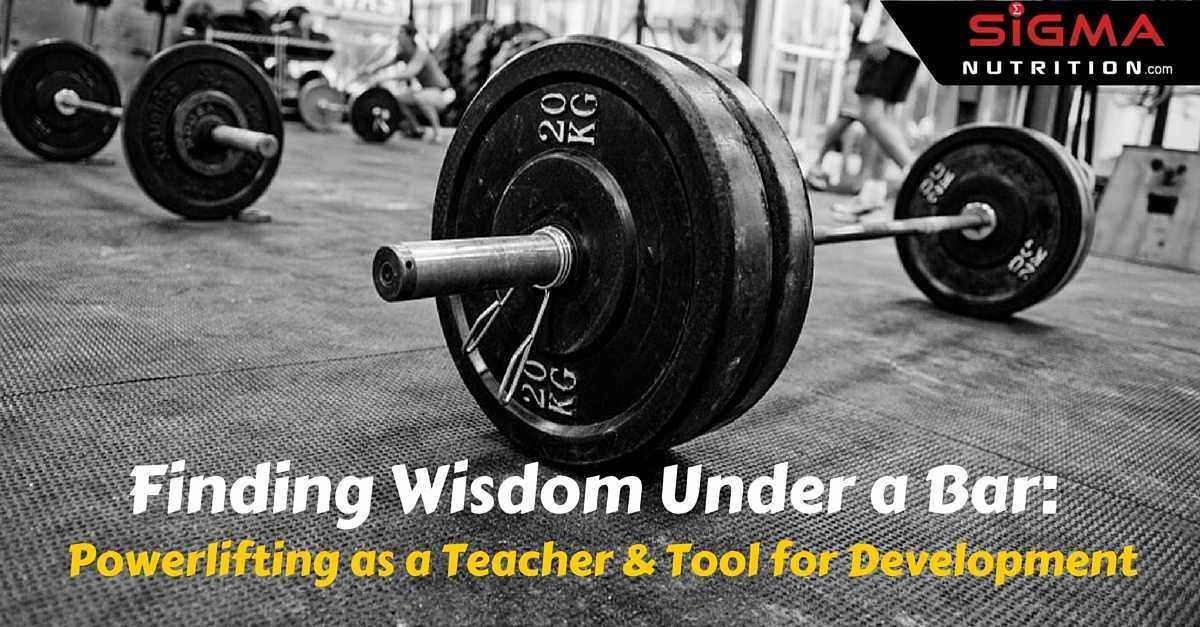 Nothing changes. You aim to squat, bench and deadlift in the same manner you’ve done thousands of times before.

But somehow powerlifting seems to have this intangible beauty to it that is hard to describe unless you “get it”.

I’ve came to a point in my life where I’ve found powerlifting to be something that meshes perfectly with my personality. I’m now obsessed with the sport. That obsessive nature with stuff I get into is a common theme in my life.

Thinking about it, I’m actually surprised it’s taken this long for it to click with me that lifting was the thing I should be doing.

So the end goal for this article is simply for me to get some realizations I’ve had on reflecting on my love for lifting from my head to the page.

When you look back on your lifting progress, you start to understand that the weight you just had on your back LITERALLY would have squashed you to death 6 months ago. Now you just sat down and stood back up with it on your back.

That reminds me of perhaps one of the most impactful concepts I’ve every learned in my life. It was one I learned from James Altucher. He said that you should be a completely different person every 6 months. You should be developing in so many areas, learning so much new stuff, interacting with new people and shifting your interests to the point where when you look back at yourself 6 months in the past, it should be an unrecognizable human to the one you are now. I’ve always remembered that and every time I reflect on things I find it to be true.

I’m a competitive person. I need there to be an opportunity to compete if I’m committing myself to train. I believe that having “competitive” as a trait is not about needing to win all the time, despite what people think.

Being competitive is simply about needing to measure yourself against a yardstick. A yardstick that bluntly tells you how good you are. A yardstick that makes it absolutely clear to you (and everyone else) how much effort you’ve ACTUALLY put in.

When you lift, you have the fascinating aspect of both competing against others but also against yourself. So often the reason why “compete against yourself” can end up being an old clichè, is that in many endevours it can be a hard concept to actually grasp.

But when you’re lifting, you have this extremely clear, objective measure showing you not only that 100% you are better than before, but by exactly how much too.

And it’s that objectivity of it all that I love the most.

You either make a lift or you don’t. You are either quantitatively better than before or you’re not.

It’s an extremely objective measure of how much you’ve progressed, of how strong you actually are, and how you actually compare to others.

The ability for objectivity to squash any biased notions you have of yourself, or any wishful thinking, reminds me of the beauty of science. Perhaps that’s why it connects with me so much?

Take Home Message: Look at things objectively and measuring yourself honestly. Don’t allow bias or emotion to cloud the facts. If something isn’t the way I want it to be, what’s REALLY the reason? How can I evaluate this objectively, not subjectively?

I love the responsibility it forces you to take. There are no room for arguments. There is no one to blame. There is nothing that isn’t within your control. Nothing that is surprising. It is essentially a sport that minimizes as best as possible the external variables that could influence the outcome of an event (mirroring science again!).

In other sports I’ve been involved in, sure you have responsibilities to take care of, but there are so many external things that can effect whether you win or not; your team mates, which version of your opponent turns up on the day, the aspect of luck and unpredictability that occurs on the day, your inability to control what is going to happen in competition.

A lot of that evaporates with powerlifting. You are doing 3 movements in the exact same way as you’ve always practiced. It’s just you and the bar. YOU decide exactly what weight is on the bar. You know in advance that X kg will be on your back. You know exactly what position your body will be in.

Take Home Message: Make everything YOUR responsibility. Everything. The good stuff and the bad stuff. Once you take responsibility for everything, it’s pretty startling how much that impacts your ability to pull the trigger and take action.

[Side note: There has been relatively recent surge in popularity in Ireland of raw, drug-free lifting. And at this I’d live to give a mention to all the guys who were involved in powerlifting here “before it was cool”. Especially those who have been involved with the recent revival. They deserve a lot of credit . And their the ones who REALLY talk about competitive lifting and being strong, as opposed to me.]