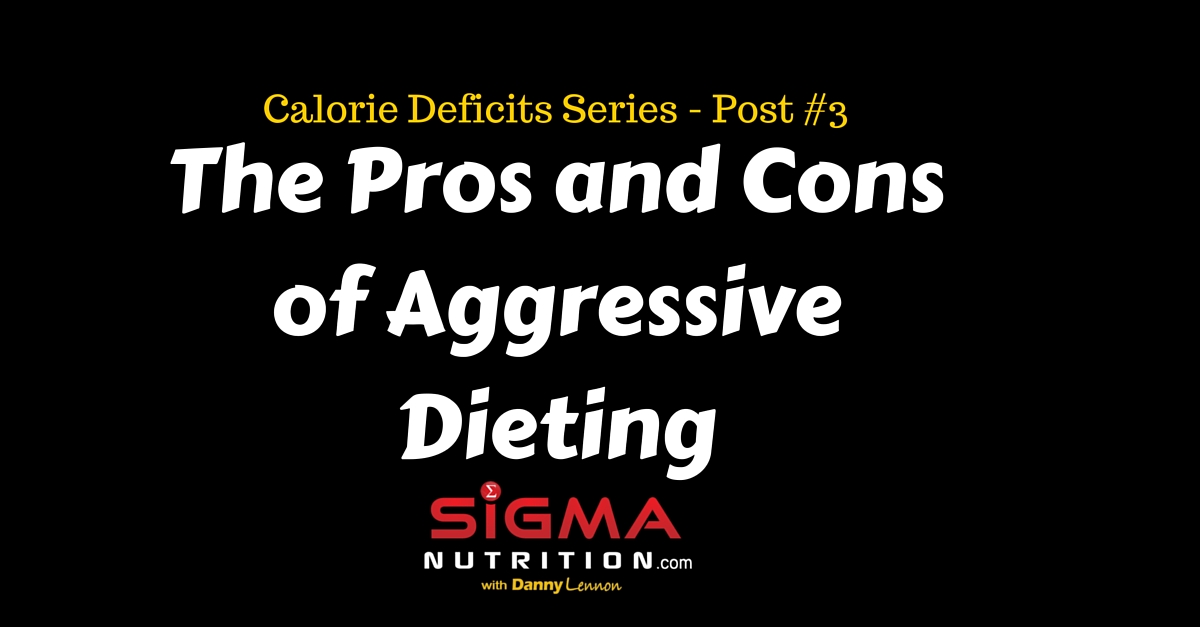 This is part 3 of a series of articles on caloric deficits. Make sure to read parts 1 & 2:

In part two of this series we discussed how fast rates of weight loss through large caloric diets CAN be used without loss much (if any) muscle mass. Especially in those with a decent amount of fat to lose.

So should YOU use an aggressive diet?

Let’s evaluate the pros and cons…

The Pros of Aggressive Dieting

Researchers at Pennington Biomedical Research Centre published a study  looking at the effect of caloric restriction on overweight individuals (Heilbronn et al., 2006). In that study 48 people were randomized to one of four groups for 6 months:

After six months the changes in body weight were: 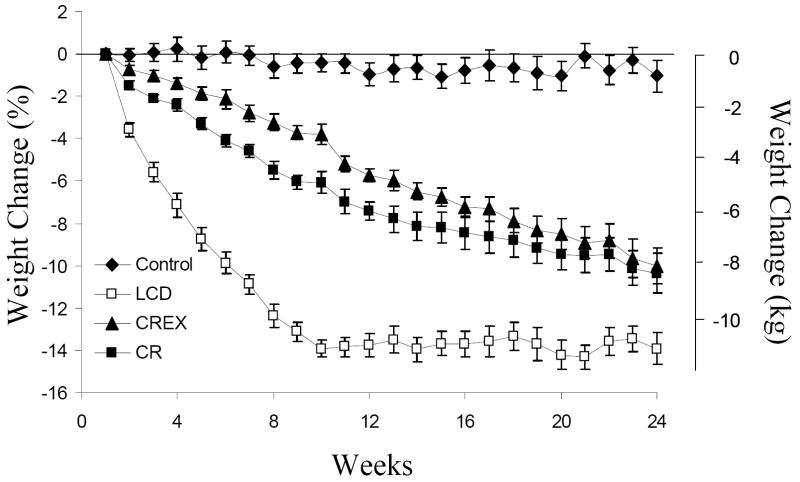 Whilst the researchers were aiming to look at the effect of caloric restriction on longevity and metabolic adaptations, for the purposes of this article we’re not so much interested in those aspects. Rather if we look at the group who underwent the most aggressive diet initially we see a couple of important things…

By the end of the 6 month period they had experienced more weight loss than the other groups who had dieted on a milder deficit. However, what is more interesting to me, is that they achieved this greater weight loss at the 6 month time-point despite actually only dieting on average of 8-11 weeks out of the 24 weeks of the study.

And to me, therein lies the potential benefit (for some people) of a more aggressive diet; you can get the fat loss phase done in a much shorter period of time.

And so I feel one of the most important deciding factors in how aggressive to diet lies in the individual’s psychology and preference:

So really it comes down to selecting as much of a calorie deficit that is manageable for the individual in question. That includes being both psychologically “manageable” as well as physically manageable; how much of a deficit can they be put in without completely destroying training performance, recovery, mood, energy and ability to avoid breaking down and binge-ing.

The Cons of Aggressive Dieting

On the physiological side, data from Trembley et al. (2013) suggests that shorter (< 6 weeks) more aggressive dieting bursts lead to a greater decrease in resting energy expenditure that  those in which the diet was carried out over a longer period of time. So there is a sharper adaptation of the metabolism.

However, we must remember that the dieting duration should be decreased and so the diet can return to maintenance intake or above soon, which will reverse most of the metabolic adaptations that have occurred. 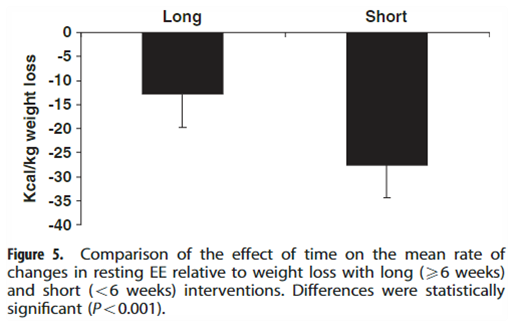 On the more practical side, the obvious downside to aggressive dieting is that you have to eat less food, do more activity or a combination of both. Less food isn’t fun. And therefore it’s more difficult in an acute sense.

Less food also means that you need to include more dietary restraint. So you by nature will have less flexibility with your food choices. You just can include the same foods (and/or portions) that you could if you used a more gentle caloric deficit.

Less food will decrease your maximum recoverable volume (MRV). You just can’t recover from training to the same extent as when you are on a higher caloric intake.

Who is an Aggressive Diet Potentially Best For?

Despite commonly repeated ideas, the following things are all TRUE:

Need to calculate macronutrient targets based on your personal variables?