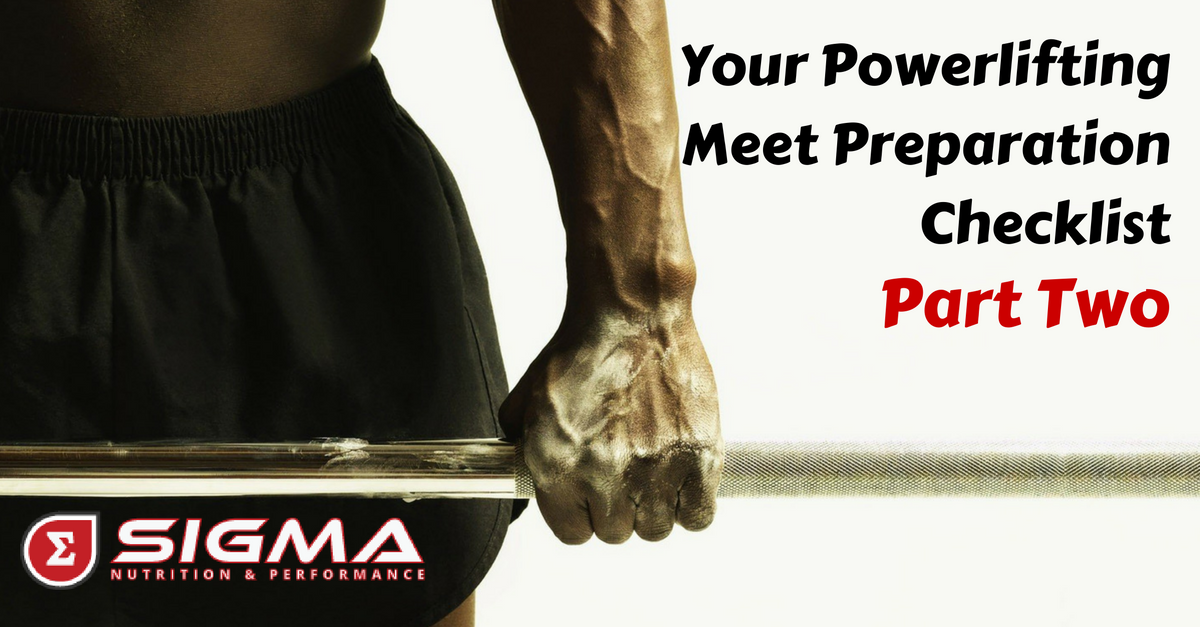 In part one of this series I discussed how to select the right meet for you as well as what to bring to the venue on the day. In part two, I will discuss picking the right weight class for you as well as having realistic and sensible goals if you are relatively new to the sport.

Picking the Right Weight Class For You

I). Intermediate and advanced lifters

I going to address this one first because I think it’s a little more straight forward (and most intermediate and advanced lifters are likely aware of this already). Greg Nuckols has written about this topic at length on his excellent website Strengtheory (click to read Greg’s article) article. Greg did such a great job of addressing this issue that I see no need to repeat what he’s already said. However if you’re pressed for time and just want the cliff notes, here’s the tl;dr:

If you’re very new to the sport (less than 3 meets under your belt) then my philosophy on cutting weight is simple… don’t do it! Just show up well-rested and well-fed, weigh-in at whatever your natural weight is, hit all your lifts and if possible try and squeeze out a personal best or two. Bear in mind, you’re completely new to the competitive sport of powerlifting. You’ll be dealing with lifting in unfamiliar surroundings, with equipment you may or not be used to (most gyms won’t have competition style equipment), treading through a sea of white powder (between the chalk and the talcum powder it can get quite messy!), stepping up onto a platform with all eyes on you, announcers, judges who may be very formal (don’t take it personally, they’re obliged to maintain a certain level of professionalism so don’t be surprised if they seem very matter of fact). To me, that’s enough of a shock to the system. Don’t add weight cutting into the mix.

If you’ve to cut maybe 1-1.5% of your bodyweight to make a particular weight class and you can do it just by eating or drinking a little bit less the week of the meet then that’s different. But if you have to resort to cardio, extreme water cuts, severe carbohydrate or caloric restriction to make weight for your first meet, then don’t. You risk not making weight, adding huge amounts of unnecessary stress on yourself, severe dehydration which may lead to reduced alertness and increased perception of effort (Judelson et al. 2007a; Judelson et al. 2007b). But worst of all the most likely scenario is that your performance will suffer, in which case all your planning, preparation and expense becomes largely wasted (not entirely if you end up learning from the experience, but at the same time it’s still better to learn from other people’s mistakes than to have to make them yourself). Remember just because you can do something, doesn’t necessarily mean you should. Generally the only time I would recommend a weight cut is if the following criteria are satisfied:

If these criteria are satisfied then a weight cut may be sensible. However the last point is absolutely key! You need to bear in mind the potential for a reduction in performance on the day of the meet. 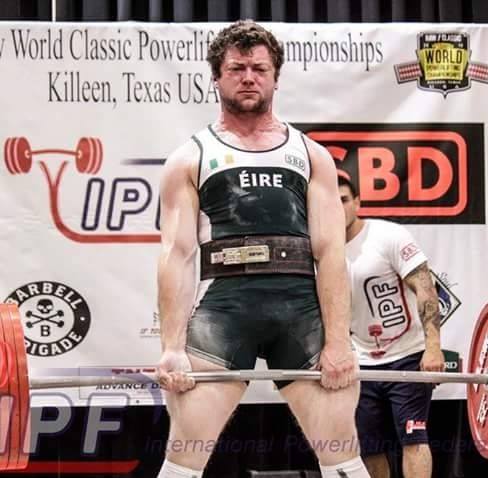 Picking Realistic (and Sensible) Goals For Your First Few Meets

“I just played my first football match, but I’m really disappointed I didn’t win player of the year” – No One Ever

The above quote is a little tongue-in-cheek however its purpose is to provide context for people who may perhaps:

Unlike other sports, powerlifting has an incredibly low barrier to entry. Anyone can enter a meet. I’ve been at competitions where competitors lifted the empty bar or the bar plus the 2.5kg collars. And you know what, everyone clapped and cheered afterwards. No one laughed or said “what on earth are they doing here?”, and in general that sort of behaviour (making derogatory comments about someone else’s lifting) is frowned upon. They ought to be commended for having the courage to get up onto a platform, in a singlet and lift in front of a crowd. That’s one of the aspects that makes powerlifting such a special sport.

Another issue I see in relation to people choosing the wrong weight class for them is deliberately avoiding a weight class for fear of going up against a certain lifter (note: this isn’t the case at an advanced or elite level, if moving out of a weight class gives you a shot at a medal on the world stage for example then that’s a completely separate situation). If you’re trying to stay out of a particular weight class or avoiding competing because a particular lifter is so far ahead of you, you’re focusing on the wrong thing and this can end up being very self-sabotaging. Powerlifting is about you and what you are capable of. If you’re overly focused on what others are doing you’re not focused on what’s of greatest importance (i.e. you). You have absolutely no control over what others do in a meet, so worrying about it is likely a waste of your time. Focus your energy on your performance and being the best that you possibly can. There are a number of factors (over which you have no control) that can lead to someone being stronger than you are including:

Your focus should be on self-improvement, and if you happen to pick up some sort of an award in the process then great, if not but you improved on what you did previously, then you were successful.

Hopefully this sheds some light on some of the mistakes lifters make with regard to choosing a weight class. Bottom line is to focus on your own self-improvement and not on others. I hope that any people new to the sport or considering entering a meet will bear this information in mind.

That brings to an end part 2 of this series. In the next part I will be discussing: